Call Us
Email Us

Getting Flat Roofing Conversions In Woolton 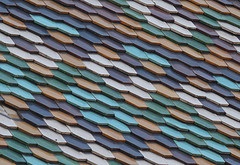 Flat roofing conversions in Woolton, are becoming all the rage nowadaysas people are becoming more aware of the problems associated with this kind of a roofing-system. There was a time when it was considered easier, and cheaper, to install flat roofing systems in homes but, over time, these roofs have shown how inferior they are to the pitched roofing system. Not only are flat-roofs more expensive to install, they are a lot more expensive to maintain. Add to that the biggest issue of them all – the fine line that exists between a well-made flat roofing system and a weak, ineffective version. This, in fact, is the primary reason why people need to make the shift to pitched roofs, from flat roofs.

In Woolton, flat roofing conversions, for the most part, are carried out by people who are interested in dealing with flat roof issues like poor run-off of water that leads to accumulation, which is harmful for the surface underneath. The weatherproofing layer, as a result, has to undergo more torture over time and that leads to quicker disintegration of the most important layer on your roofs. More importantly, water ingress under the top-surface leads to a layer of water-insulation, which isn’t the most effective when it comes to protecting your heating bills and savings. They make a huge dent, not only to your roofing system, but also to your wallet. What’s more, the more time your flat roof spends with water accumulation, the more damage it takes and the weaker it gets.

All flat roofing conversions in Woolton are aimed at improving the overall structural integrity of your home’s roof as well as improving drainage & water run-offs. Low cost repairs never really fix the entire problem because they cannot deal with the overall structural flaw of the roof. The only way to fix the problem of inferior roofing is to hire an experienced company, like Rainhill Roofing, who are adept at putting together the right kind of pitched roofing system in place, in place of your flat roof. The only way to permanently get rid of your flat-roof, and the problems associated with it, is to call in the experts at Rainhill Roofing and convert your flat roof into a pitched version!